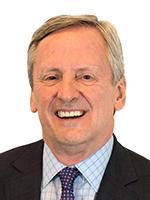 Mr. Keiser joined OneCoast in 2003 and has been the Chief Executive Officer of OneCoast since January 1, 2010. In this capacity he is responsible for the entire OneCoast company and Core Elements, it's IT/Marketing/Financial services provider. Prior to being named CEO, Mr Keiser served as Senior Vice President where his primary responsibility was the management of National Division ONE, the industry's first nationwide sales and marketing company. For a one year period, Mr. Keiser served in the role of Senior Vice President of Strategic Relationships for OneCoast. In this role, Mr. Keiser was responsible for developing strong supplier relationships with new and existing partners for OneCoast. Upon joining OneCoast, he was responsible for OneCoast's Midwest Sales Region for 2 1/2 years.

Mr. Keiser has over 30 years of industry experience, working for both American Greetings and Enesco prior to joining OneCoast in 2003.

Mr. Keiser and his wife Ginny live in Hinsdale, IL.