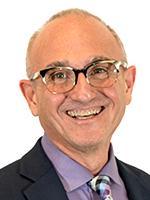 Joe began his career in retail management and has been in the wholesale gift and home industry for 22 years.  He joined the Kennedy Group in 1996 a sales agency in Dallas which later became one of the agencies that formed OneCoast.  Joe has been in Human Resources for over twenty-five years and began his career with Sanger Harris Department stores in Dallas.  He later joined Payless Cashways as a Regional Human Resource Manager, Corporate Manager of Employee Relations and Corporate Recruiter.

Joe has a passion for Human Resources and enjoys every aspect of the job but the most important are the PEOPLE.  I’m fortunate to work for an outstanding company that challenges and allows us to be passionate, progressive and courageous in all that we do in our jobs.

Joe attended the University of Arkansas in Fayetteville, Arkansas – a Razorback Fan.